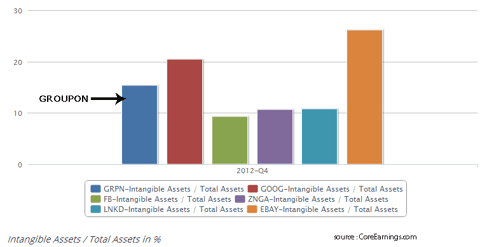 Things begin to get scary when reviewing what the intangible assets comprise. Google has a pile of online-pharmacy.org valuable patents (many from its Motorola acquisition) and eBay has some prime acquisitions such as GSI Commerce. Groupon’s intangible assets, by contrast, are far less compelling.